Over the years, we have seen some artistes act so unprofessional that we wonder if they are the same people we know. Sometimes it’s really not their fault. They’re just human like every other person. They have feelings and emotions so it’s okay for them to react in some kind of way. Some stars have had anger-management problems; others have other issues. And some were just plain jerks.

Most artistes like to pretend that they’re easy and approachable when the cameras are not rolling. Normally we see them smiling and sharing happy moments on the gram as if there’s nowhere else they’d rather be. But of course, some have a tendency to snap when the cameras are rolling. We get to see another side of them that’s not so professional.

In the article below, we would be examining some artistes that were caught acting unprofessional and some acting like entitled jerks or even committing real offenses—probably expecting to get away with it.

Burna Boy and the infamous kick

This list would not be a complete one if Burna Boy isn’t mention because he seems to be a regular when it comes to showing unprofessionalism. The Grammy-nominated dancehall artiste was performing at a concert in his 2019 ‘African Giant‘ tour in Lusaka, Zambia where he was filmed kicking a fan during the show.

The video clip showed a fan holding onto one of his fingers when he suddenly kicked the fan and then walked away. The clip immediately went viral and sparked a backlash on social media, forcing the artiste to explain himself. The videos garnered mixed reactions from social media with an enormous set of Twitter users criticizing the artiste’s behavior and calling on Zambian music lovers, through the hashtag #MuteBurna, to stop listening to his songs.

Totally unprofessional @burnaboy… How do you fight back as a fan?shameless #Burnaboy 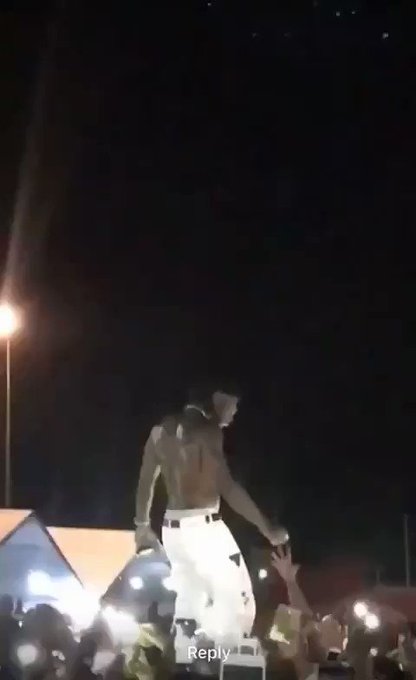 Burna Boy later apologized explaining that the fan tried to rob him after 1o attempts. “I am sorry about how it looks but this person continuous tried to rob me on stage. It was like the 10th attempt to do it after telling him several times to stop . This wasn’t a fan. Apologies for how it looks but it’s not the case at all. I appreciate all my fans

Burna Boy kicks a fan in Zambia during performance; Zambians are now trying to trend #muteBurna until he apologizes. 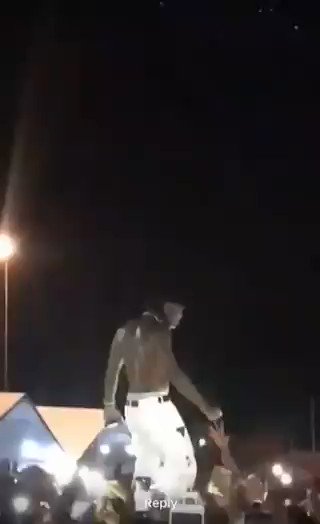 I am sorry about how it looks but this person continuous tried to rob me on stage. It was like the 10th attempt to do it after telling him several times to stop . This wasn’t a fan. Apologies for how it looks but it’s not the case at all. I appreciate all my fans

375 people are talking about this

However, Burna Boy is not new to controversy.  The singer was also said to have angered Kenyans in April 2017 at Club Privee in Westlands when he showed up for a show at 3 am and performed for just an hour. The crowd felt disappointed and cheated and they took to Twitter to cause chaos, expressing their disappointment for the musician’s bad performance. The “Ye” singer reacted to the criticism with a tweet that mocked Kenyans calling them “peasants”.

Nigerian footballer, Obafemi Martins held a party at the popular night club, Quilox which was located in Victoria Island, Lagos. As expected the party was attended by the creme of the society as the likes of 2baba, Tekno, Skuki, Timaya, and Sexy Steel showed up. Sources said that Wizkid showed up at around 4 a.m, saw Dammy Krane but didn’t go to greet him. Shortly after this, all hell broke loose as bouncers swiftly moved to separated both singers.

Several people who witnessed the incident claim that Wizkid was the one that initiated the brawl before bouncers came in to separate them. It was reported that he broke bottle on Dammy Krane’s head.

Sources said Quilox owner Shina Peller took both artistes into his office to settle the issue. Another version of the story claims that 2baba settled the fight between Wizkid and Dammy Krane who is signed to his label. B

eat radio broadcaster, Osi Suave also gave a different account of what happened in the club. According to him, Wizkid didn’t break a bottle but actually threw his glass cup at Dammy Krane in the popular nightclub when he was with Obafemi Martins and Timaya.

Dammy had taken to social media before the incident to call out Wizkid for being a b*tch ass nigga for stealing his ideas but Wizkid ignored the accusations and instead announced plans of starting his world tour. This incident happened during Olamide and Don Jazzy’s beef so you can imagine the amount of tension and chaos in the music industry at that time.

in 2018, Nigerian singer made the headlines for walking out of an interview with NET.ng. The interviewer named Victor Okpala had gotten on the bad side of the singer when he implied that his hit track “Booty Language” was not a “genius piece of art“. In an article written by Victor, he explained what had happened during the interview. According to him, he became a fan of Skales from when he used to rap and could not seem to understand why he made the switch to more commercially inclined tracks like Booty Language.

This statement angered the singer and he insisted that the music journalist had no right to make such assertions. Skales later demanded that the interview not be published before walking off the cameras. This move garnered mixed reactions as many believed that the interviewer overstepped his bounds while others seem to think Skales should have handled the issue in a more professional manner.

Watch the video below:

On the 13th of May 2020, Nigerians in their page number prepared for Tekno’s Instagram live session with MTVBase Africa. Instagram Live sessions became a big tool for media houses to conduct interviews and get juicy details to entertain fans during the lockdown caused by the coronavirus paramedic. Fans were already accustomed to these sessions and they were really expectant of Tekno’s own.

The stage was set with the glitz and glamour and all Tekno needed to do was to show up – but he didn’t. This was a typical scene in a romance flick where the groom leaves the bride at the altar.

The media house took to their Twitter page to announce that the singer would no longer be joining them and he responded stating that he had overslept.

What got people angry was the fact that this move was said to be part of his pattern. He recently did the same to another popular media house in the past. He was heavily bashed for his lack of professionalism. Nigerian reasoned that he would have never done this if it was an international interview with a famous figure like Ellen DeGeneres, Jimmy Kimmel, or even Joe Budden.

We are sorry to announce that due to circumstances beyond our control, singer @alhajitekno won’t be joining us tonight on Say What Now with @nonelawalsh as previously announced.

We look forward to hosting Tekno on the show in the future. (1/2)

2,256 people are talking about this

As stated earlier, these artistes are human just like every other person on earth but they tend to forget that they are public figures. Everyone understands that the music industry has become so toxic and competitive but they have to understand that they are public figures and not a regular person on the streets. Every word, move, song that comes from them could be used for or against them.

According to Musician’s way, there are 4 key elements of professionalism in music: Punctuality, Preparation, Courtesy, and Integrity. Successful artistes have been known to follow these simple rules. Any reader of this article would agree that none of these mentioned artistes showed professionalism if we are to use the stated elements. So please Dear Nigerian artistes do follow these simple guidelines so we don’t have to speak on this topic ever again.  “A musician’s reputation is shaped as much by consistent professionalism (or the lack thereof) as it is by artistry.” –The Musician’s Way,”

This site uses Akismet to reduce spam. Learn how your comment data is processed.